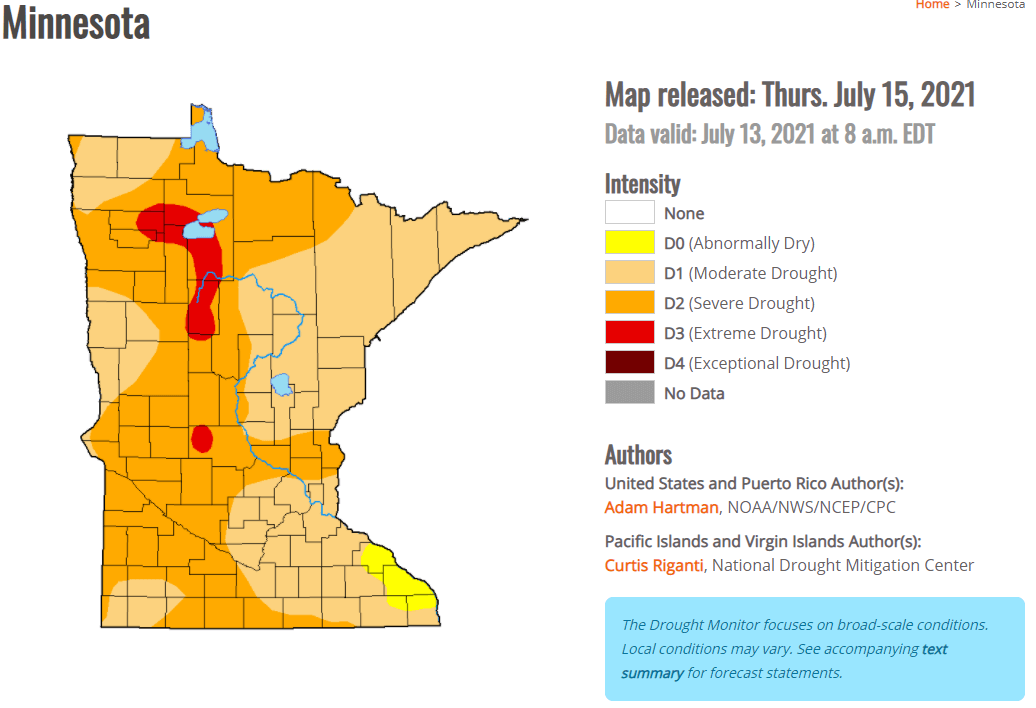 The Minnesota Department of Agriculture's Rural Finance Authority (RFA) Board today determined that an emergency exists in Minnesota due to drought, which makes zero-interest loans available immediately for Minnesota farmers whose operations are suffering from lack of rain.

“The RFA board members voted unanimously to make these disaster recovery funds available because of current drought conditions,” said Minnesota Agriculture Commissioner Thom Petersen. “This zero-interest loan program is especially important for farmers whose crops and livestock are suffering from the drought and were not insured or were underinsured.”

Farmers in Minnesota counties considered to be in severe drought or worse (D2+ on the U.S. Drought Monitor’s designation) and in contiguous counties are eligible to apply.

Eligible farmers must have received at least 50 percent of their annual gross income from farming for the past three years and will work through their bank to secure the loans from the RFA. Interest rates on the RFA portion of the loan are currently set at 0.0%.

More information on the Disaster Recovery Loan is on the Minnesota Department of Agriculture website.