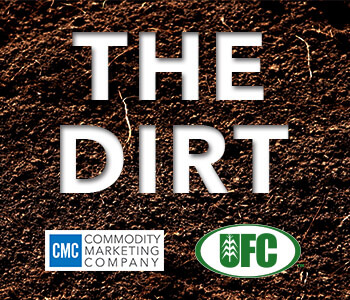 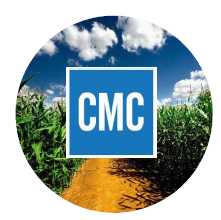 – Monday’s Weekly Crop Progress report showed U.S. corn planting at 15% complete for the week ending April 28th, 2019. This compares to 15% a year ago and the 5-year average of 27%. Key notables however: Illinois was just 9% planted versus 28% a year ago and their 5-year average of 43%. NOAA’s 5 to 7- day Precipitation model continues to show IL being battered with rains. Let’s not forget that a big part of last year’s near record U.S. corn yield was IL averaging a state record 210 bpa. In 2018 by May 6th IL was 74% planted, which isn’t happening this year.  Also, Indiana and Nebraska were both 42% planted as of May 6th, 2018. Monday’s report showed Indiana 2% planted and Nebraska 16%. I don’t see either of those two states reaching 42% plantedeither by week’s end.

– The “Bearish” mantra continues to be the same regurgitated soundbites from the past 4-weeks…for example, planting delays don’t matter, yields can still be optimized even if corn goes in slightly later than normal, and U.S. corn exports continue to face stiff competition from South America moving forward.

SHORT-TERM PRICE OUTLOOK: Corn futures closed over some key moving averages on Wednesday, which should lead to some Managed Money buying…

- Technically, soybean futures are without question heavily oversold. July soybeans made a new contract low on Wednesday at $8.44 ¼. Since the close on April 1st, July soybean futures have broken more than 60-cents per bushel. The Relative Strength Index in July is approaching 24.0, which also signals a market that is heavily oversold. Add to this a RECORD Managed Money short in soybeans estimated at over 152,000 contracts and soybeans appear primed for some sort of topside price recovery.

– The New-Crop Soybean (SX19) / Corn (CZ19) Price Ratio, which closed at 2.26 on Wednesday afternoon, is starting to reflect a growing trade consensus that the U.S. will likely lose at least 1 million corn acres this spring or more (due to persisting cold and wet weather conditions). However that then also means those acres will likely be shifted to soybeans. The current spread indicates traders are selling soybean futures and buying corn futures as a result. The last thing an already burdensome 2019/20 U.S. soybean balance sheet needs is more soybean acres. Even without an extra acre 2019/20 U.S. soybean ending stocks are likely to exceed in 900 million bushels in the May 2019 WASDE report. I truly believe this is a big reason why soybeans continue to sell-off despite SX19 already trading at contract low price levels.