The BEST Combine Ever 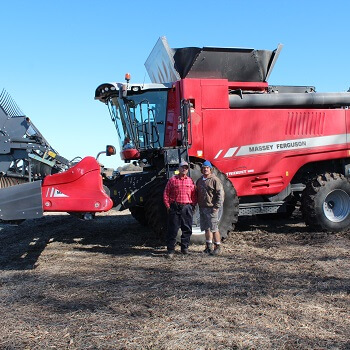 "My last combine was the best combine I ever had"  stated David Pongratz, referring to the Massey Ferguson® 9795 he traded last summer for a new combine.

“But this is better than the last one, “added David, shortly before climbing into the cab of a brand-new Massey Ferguson® 9545 Axial Combine he purchased from the Judson Ag Service Center and continuing to harvest his soybean crop.  David’s favorite combine has been replaced by one with updates and new technology that will propel his family’s operation into the future. 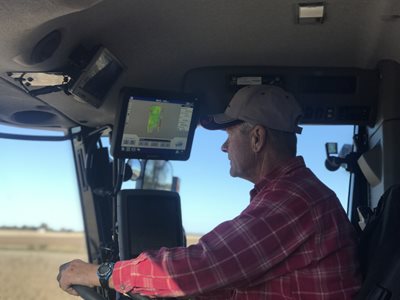 Today, David and his family farm in Blue Earth County near Rapidan.  But 50 years ago, the future looked dim.  David and Patsy Pongratz wrecked their 1967 Pontiac GTO convertible which David had purchased new.  Patsy, carrying their first child, was mercifully thrown free of the accident – and David was pinned underneath, but was able to work his way out.  Now well-known for making lemons out of lemonade, the Pongratz pocketed the $2,500 insurance settlement and saved another $1,500 over the next two years, while David worked on his Dad’s farm and held a full-time job in town.

Over the years, David and Patsy raised five children on this farm.  They expanded their cultivated acres to more than 1,000 acres and a hog operation that raises Isowean pigs to finish weight.  Now Mike Ziegler, David’s son-in-law along with Pongratz’s daughter Kerry and their two children, manage the hog operations as well as their own farm entity.

The Pongrat’z oldest son, David Jr, now lives on the original farm with his wife Shannon.  David Jr does all the daily and minor mechanical work and takes great pride in keeping their equipment in great shape. He has been notoriously noted for waxing all the equipment, including spending six hours on this new combine!  David Jr. and Shannon have an Isowean to feeder pig operation as well as raising corn and soybeans in partnership with David Sr and Patsy.

Their second son, Lee, is an agricultural banker and lives in Northfield along with his wife Kari and five children.  The Pongratz’s third son, Marty, lives in Rapidan and works at Best Buy and helps on the farm.  Their last child, Priya, whom the Pongratz’s adopted from India, lives in Colorado along with husband Ben.
“Much of what we’ve been able to achieve on this farm came from what we put into it,” said the elder David, looking back.  “But much of it is how the Lord has blessed us, year-after-year, in so many ways.”

A dealer we can trust

The Pongratz family started doing business at Judson Implement in the late 70s.  “They’ve been our main source of equipment over all these years,” said David Sr., who has purchased a lot of Massey Ferguson equipment from the dealership, including combines, tractors, planters, and balers.

When Judson’s owners Bob and Dick Rengstorf decided to retire, David wondered where he could get this equipment serviced.  The nearest shop was 20 miles away, but David would have to transport the equipment through the city of Mankato, which is very hard.

In late 2016, UFC bought the Judson dealership, making David and many of his neighbors very happy.
“It was important to me because they were my main source of machinery, and I’ve always gotten good service there,” he stated.

David’s enthusiasm about the brand and the new owners of the dealership is one of the reasons he decided to be the first to buy a combine thorough the Judson Ag Service Center.

“Now I won’t have to worry about the owner deciding to retire,” he reasons, “because it’s owned by the co-op.”
“My grandpa was a farmer, my dad was a farmer, and my son is a farm,” he stated, “I really hope that one of my grandsons or granddaughters is a farmer.”

“Farming is not a job,” he continues, “it’s absolutely a way of life – and I’d like to see this farm continue and thrive.”

That’s another reason to have a good equipment dealer we can trust nearby, according to David Sr.
“Times are hard and it’s taking a toll on farmers’” he said.  “We really need a working relationship with many good people to get through this.”

“I’m planning on continuing [my relationship] with the Judson Ag Service Center and UFC,” he concluded.

More than 50 years of farming and marriage have given David and Patsy Pongratz a few words of wisdom to share with others.

David summarizes his philosophy. “Work hard, fear God, have a good attitude in life, helps others, be honest and do what is right,” he advised.  “You will be rewarded.” 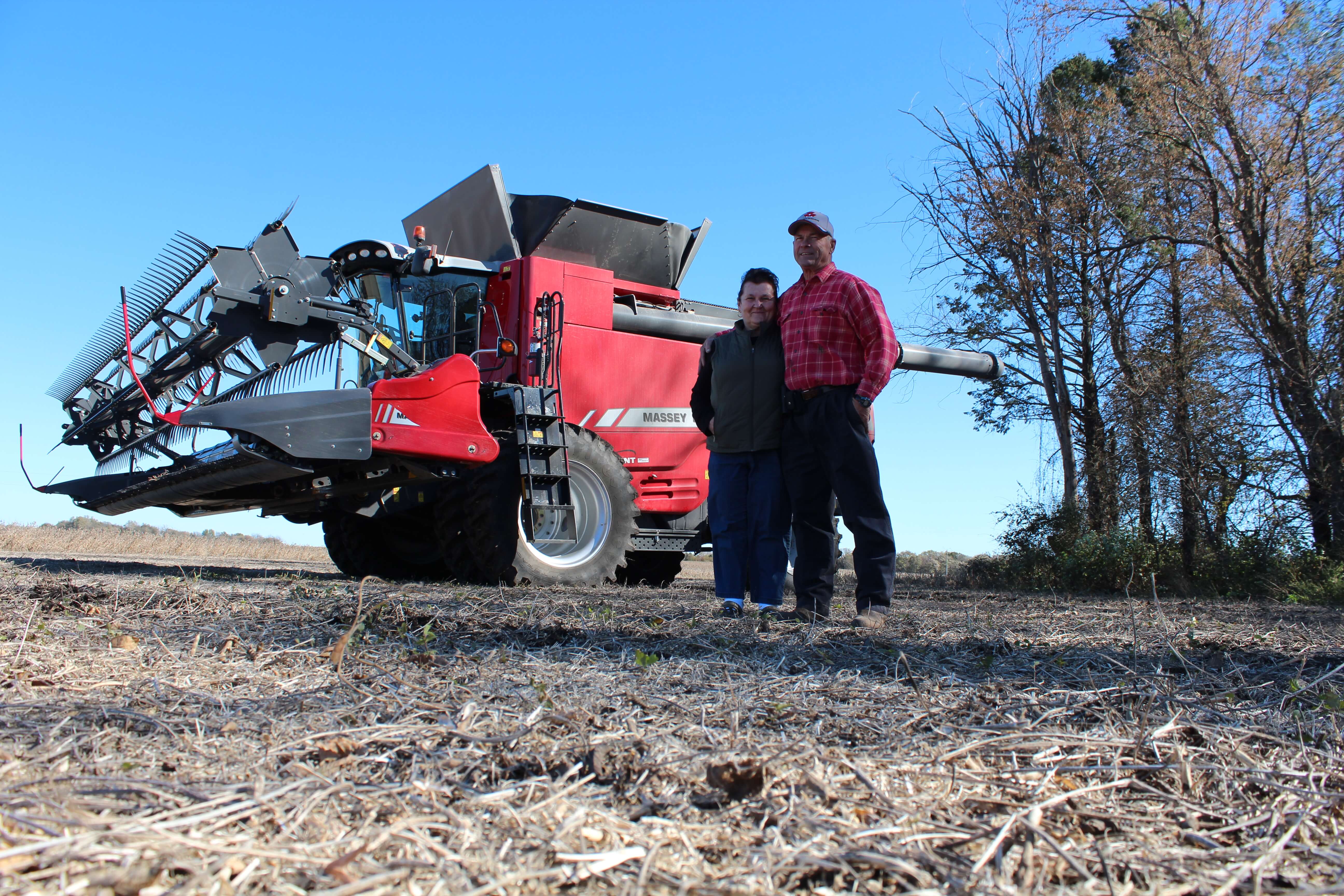 Ask what three things she’s learned in life, Patsy says, “Love, commitment, and stress.” “We put in long days,” she said, recalling plowing on bitterly cold days when the fields were white with snow.
“When I’d go home at night, that’s when I washed laundry, cleaned the house, cooked the meals, and got the kids ready for bed,” said Patsy. “That was stressful.”

As they watch family take over more of the farming operation, David and Patsy have become more reflective.  They’ve made many trips to India to help the less fortunate people, and they ware quick to engage in conversation, even at harvest time.

“Everybody has a story, something interesting to say, if you take time to talk with them,” stated David while the October sun raced toward the horizon.

“A few years ago, I could not have sat still for this interview,” explained David. “I’d have been way too nervous and would have had to get into that combine.” He grinned. “I’ve learned, as I get older, that a few minutes one way or another may not be so important.”