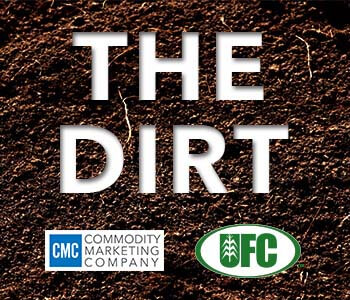 On Monday the USDA released its September Grain Stocks report, which offered a “Bullish” surprise for corn futures. September 1st U.S. corn stocks were estimated at 2.114 billion bushels, 314 bushels BELOW the average trade guess of 2.428 billion. The market immediately responded with CZ19 closing up 16 ½-cents per bushel that afternoon at $3.88, finishing above the 50-day moving average, which had been acting as a major
area of price resistance dating back to the last week of July 2019. What were the lasting implications of the USDA’s massive downward adjustment to Sep 1 corn stocks?

1) What it implied is that the USDA over-estimated the 2018/19 U.S. corn yield by at least 3 bpa when they last forecasted/finalized their 2018/19 U.S. corn production figures in the February 2019 WASDE report. Therefore instead of a final yield in 2018/19 of 176.4 bpa; current Sep 1 corn stocks indicate (based on 4th quarter disappearance) that last year’s yield was likely closer to 173.0 bpa.

I think this is a reasonable question. Given the now well-documented record corn planting delays this spring and early summer, which has culminated in just 43% of the U.S. corn crop now rated “mature” as of September 29th versus 84% last year and the 5-year average of 73%, it would seem highly unlikely that 2019/20 U.S. corn yield potential can come within 6 to 7 bpa of a year ago. Furthermore Monday’s Weekly Crop Progress report once again had the U.S. corn crop rated just 57% good-to-excellent versus 69% in 2018/19. I remain of the strong opinion that over time we’ll eventually be looking at a final 2019/20 U.S. corn yield closer to 165 bpa. That said I’m not convinced the USDA will go there in the October WASDE report with just 11% of the U.S. corn crop currently harvested (even though it’s not unprecedented to see that type of yield cut in an October Crop report; in 2010/11 the USDA slashed the U.S. corn yield 6.7 bpa from September to October). And finally, it’s also worth noting that earlier this week FCStone offered a revised October U.S. corn yield estimate of 169.3 bpa; higher than most were anticipating. This included a 196 bpa yield for Iowa, equal to Iowa’s 2018 final state yield (state-by state FCS yield estimates on pg. 5).

LOOKING AHEAD ---- For the sake of the argument let’s assume the U.S. corn yield does eventually fall 3 bpa to 165.2 bpa, what would this do to 2019/20 U.S. corn ending stocks? Under this scenario, which also includes a 50 million bushel cut to U.S. corn exports (considering U.S. export sales are down 51% from a year ago YTD), I have 2019/20 U.S. corn ending stocks falling to 1.655 billion bushels; which is a stocks-touse ratio of 11.8%. This would represent the tightest stocks-to-use in corn since 2013/14’s 9.2%. This could provide the spark for additional Managed Money short covering with Money Managers still thought to be short in excess of 100,000 corn contracts through the market closes on 10/4/19.

The September 30th Grains Stocks report was just the catalyst Corn Bulls needed; igniting a breakout move higher this week in December corn futures. Despite the mini-celebration that ensured following CZ19’s first close back over the 50-day moving average since July 19th, what are some possible reasons for caution  regarding December corn’s ability to eventually sustain continuation rallies above this week’s day high of $3.92 ¾?

1) The week’s EIA report showed weekly U.S. ethanol production of 958,000 barrels per day; up just slightly from the previous week’s figure of 943,000 barrels per day, which was the lowest weekly run-rate since April 29th, 2016. That said front-end “Industry Average” ethanol margins have improved substantially due to a recent spike in prompt ethanol values. However considering there’s a sizable inverse in ethanol prices, the forward curve doesn’t necessarily incentive those ethanol biorefineries that are currently shut-down (estimated at 15 to 17 plants) to start back up in November or December. Therefore it appears U.S. corn demand for ethanol will remain depressed relative to the past two years into and possible through the end of the calendar year (even with Trump’s biofuel announcement Friday).

Overall…if December corn futures manages to put a “4” in front of it next week, I’m a seller. I can still find far too many demand offsets even if the U.S. corn yield fades by 3 to 4 bpa in the Oct/Nov WASDE reports.

-China buys U.S. soybeans as part of tariff-free quota ahead of trade talks. CHICAGO, Sept 30 (Reuters)  Chinese firms bought up to 600,000 tonnes of U.S. soybeans on Monday for shipment from November to January as part of a tariff-free quota allotted to the importers to buy up to 2 million tonnes this week, two sources with knowledge of the deals said. Monday’s purchases come ahead of high-level U.S.-China trade talks, due to begin next week, aimed at ending a nearly 15-month trade war that has slashed U.S. agricultural exports and rattled global markets. Between two and 10 cargoes of about 60,000 tonnes of soybeans had already been sold, the sources said. One source said buyers included both private and state-owned firms. China has frequently made goodwill purchases of U.S. agricultural goods ahead of trade talks.

-INTL FCStone raises U.S. 2019 corn yield view to 169.3 bu/acre, trims soy. CHICAGO, Oct 1 (Reuters) - Commodity brokerage INTL FCStone on Tuesday raised its estimate of the average U.S. 2019 corn yield to 169.3 bushels per acre, from 168.4 in its previous monthly report released Sept. 4.The firm raised its corn production forecast to 13.887 billion bushels from 13.809 billion previously. The company forecast U.S. soybean production at 3.648 billion bushels, down from 3.661 billion previously, and lowered its soybean yield estimate to 48.1 bushels per acre, from 48.3 a month ago.

-Trump EPA Pledges Biofuel Boost to Calm Corn-State Criticism. (Bloomberg) -- The Trump administration is taking action to boost U.S. demand for corn-based ethanol and soybean-based biodiesel, as the president seeks to temper criticism from farmers and Midwest politicians before next year’s election. The U.S. Environmental Protection Agency and Department of Agriculture on Friday outlined several steps to aid those renewable fuels, committing to boost annual biofuel-blending quotas to make up for waivers exempting some small refineries from the mandates. The shift, which still must be formally proposed and codified, would effectively force bigger, nonexempted refineries to take up the slack. The agencies praised President Donald Trump, saying he brokered the deal on U.S. biofuel policy, terrain that divides two of his key political constituencies: agriculture and the oil industry. However, while the final plan won widespread praise from biofuel advocates, it was condemned by oil companies and their political allies, who warned it would hurt some refineries. “President Trump has once again demonstrated that he is a champion for our nation’s farmers and rural America,” Agriculture Secretary Sonny Perdue said in an emailed statement. Perdue said the agreement makes improvements to the U.S. biofuel mandate “that will better harness the production of our farmers and ensure America remains energy dominant.” Renewable Identification Numbers, or RINs, tracking 2019 conventional biofuel consumption targets, jumped 13% to 26 cents apiece, the highest since June 28. Biodiesl RINs climbed 1.8% to 57 cents apiece, the highest price since Feb. 7. The actions were provoked by anger in politically important farm-belt states. Biofuel advocates accused the administration of too liberally exempting refineries from a 2005 law requiring them to mix renewable fuels into petroleum. The backlash has been especially intense in Iowa, the leading U.S. producer of both corn and the ethanol made from it. Iowa is also an early voting state that helped put Trump in the White House and is important to his re-election. The EPA said it would seek public comment on a plan to ensure that more than 15 billion gallons of conventional ethanol be blended into the nation’s fuel supply beginning in 2020 and that statutory obligations for biodiesel also are satisfied. “This will include accounting for relief expected to be provided for small refineries,” the EPA said in a news release. The agency is set to effectively offset future exemptions by factoring a three-year rolling average of waived gallons into annual quotas, beginning with targets for 2020, according to people familiar with the matter who asked not to be named before a formal proposal is released.

** The information contained herein, or as an attachment, is gathered from sources we believe to be reliable, but cannot be guaranteed and should not be relied upon as such. Opinions expressed are subject to change without notice. Trading in commodity futures or options involves substantial risk of loss. Past results are not indicative of future results.**